Come check out the building Book a Tour >

Hit enter to search or ESC to close
BlogMeet The Artists

Meet Barry Quinn, one half of the designer-artist duo that created our stairwell mural ‘One With Another Together.’ Barry is a wildlife and children’s illustrator who loves story-telling, science communication, and fantasy realism.

In January 2019, Barry spent a few weeks climbing on scaffolding in true Michelangelo fashion to create a beautiful hand-painted artwork in our building. This week, we caught up with Barry to find out how he has been surviving lockdown, and to get some advice for any other creatives who may be struggling right now.

Why do you do what you do?

I’ve drawn since I was a kid. Mum was an artist and there was always lots of art and music and making at home. We were surrounded by woods and fields and nature, and that tends to occupy much of my work. Drawing has been largely about trying to understand my relationship with the world. It’s a way for me to put my thoughts together.

How has covid impacted your approach to your work?

On the surface, my day to day hasn’t been affected drastically, as I generally work from a home studio anyway. Though I miss morning sketches in cafes, I like that part of the process with the white noise of people, for some reason. Mostly its the mental health side of things I’ve found challenging. Its difficult to imagine my work out in the world when there feels to be this disconnect from it. And even with all this time inside, I find it harder to reach that quiet, creative space.

Any tips for people struggling from creative block during isolation?

Talk to people! I mean, that’s advice for life in general, and we don’t have the same spaces to interact in as we usually do. But it’s important to recognize that creative blocks are a totally normal thing, regardless of the context. There can be this feeling that creativity is a boundless well, but its needs refilling all the time. Talking about it to others, chances are they’ll know exactly how you feel. Usually, it’s ourselves getting in our own heads, which is definitely something I struggle with.

One tip I come back to a lot, (from a podcast Make It Then Tell Everybody, I don’t recall the episode), is breaking things down to the smallest actions, like “This morning, I’m going to set up my sketchpad and pencils on my desk. Later, I’m going to draw 6 rectangles. Tomorrow, I’m going to sketch a character in one rectangle”. Or something to that effect. But the idea is to give yourself small tasks with small rewards, tricking your brain into working and you’ll have filled a few pages of drawings (writings/paintings) before you’ve realised. It’s good for those times you feel overwhelmed by a big project.

What are you working on right now?

I just finished a new print, for Jam Art Factory, that will be released soon and plan to work on a few more accompanying pieces. I’ve mostly been working on small private commissions lately and I did some guest curation for Lasta Festival (a series of art events in various venues, aimed towards young people), which was fun. Also drawing giant birds looming over landscapes. I draw birds anyway, but there was a recent Birdwatch Ireland report on the increase of endangered birds in Ireland, that has particularly stuck with me, that I’d like to do something with.

If you had one piece of cheesy life advice to give, what would it be? 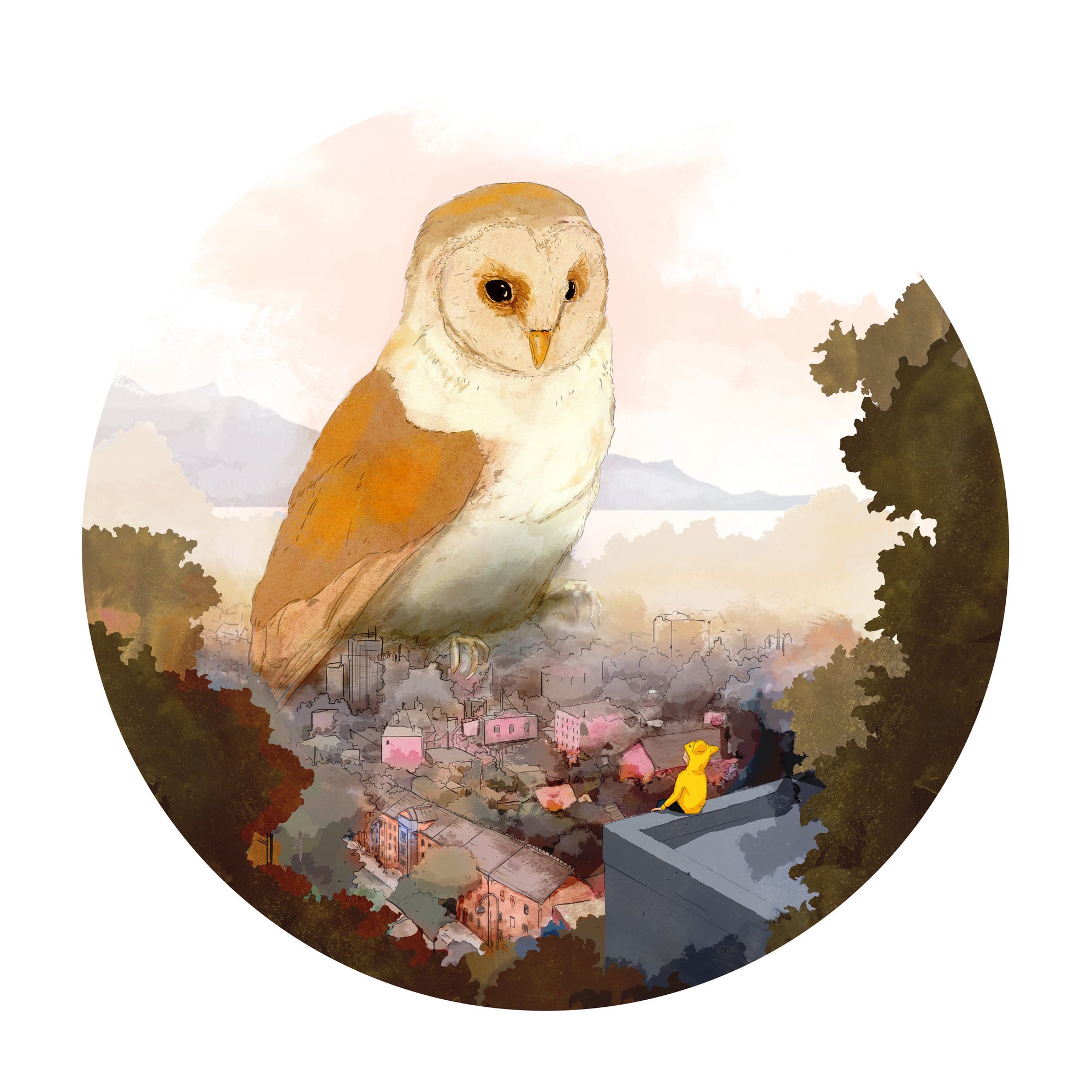 💌 Applications are now open for our Creative Ar

☎️ A question we often get from people conside

CreativeMornings is back this Friday in Tara with

Buy One Day Pass, Get One Free!

For a limited time only, you can enjoy two days of coworking for the price of one. Simply buy a day pass, and enjoy the second day on us.